"A few weeks ago, in a European country, a lactation consultant put in her blog that the Calma bottle, which is selling like hotcakes all around the world, really didn’t deal with the question of “nipple confusion”. After all, no matter what method one uses to supplement breastfeeding, if it supplementation is done off the breast, then it’s not like breastfeeding. Breastfeeding is an intimate relationship between two people who usually love each other very much and the act of breastfeeding induces hormonal changes in both the mother and baby that changes how they feel about each other.

The Calma bottle is marketed as "a revolutionary new feeding solution designed exclusively for breastfed babies" which claims that "switching between breast and bottle has never been easier". The lactation consultant said in her blog that parents should not believe this marketing and think that breast and the Calma bottle are the same. It is an innocent blog, really, saying what all those that work with breastfeeding babies already know. But the story didn´t end there.

The lactation consultant got a threatening letter from a Medela representative which calls her article a "defamation", asks for the blog to be taken off her internet website, asks for an apology to be published and threatens to take legal action. All this to be done 10 a.m. the following day.

The local Medela representative then added explanations to the threats, harassment and the ultimatum saying that "Calma is a bottle for breastfed babies", "is designed to make it possible to provide breastmilk in the most natural way", and that "mothers should not use other bottles that do cause babies to lose their sucking reflex" unlike the Calma bottles. This was stressed again when the Swiss Medela headquaters decided to write a letter too in which they said that "CALMA is truly research based, is the first feeding device on which the baby can maintain the feeding behaviour he has learned at his mother’s breast. ... We strongly believe that we address the needs of many today’s mothers and support breastfeeding because with CALMA we give mothers the possibility to prolong breastfeeding as long as they like."

Aside from Medela’s attack on free speech, is the Calma bottle is truly based on research? Well, Medela’s claim is based on one study of 16 mothers and babies.

Based on this study Medela makes the following claims:

The study doesn´t support these claims. It was a small study of only 16 babies. In the study simultaneous recordings were made of oxygen saturation, heart rate, vacuum, tongue movement, respiration and swallowing.

When claiming that "the baby applies the same behaviours as on the breast", the study talks about baby´s using "vacuum" to get milk from the Calma bottle. But babies do not use vacuum to get breastmilk. The vacuum applied by the baby is essentially to keep the breast in the baby’s mouth. The idea of needing vacuum to get milk probably comes from watching mothers pump their milk.

Next, they talk about "the milk flowing when the baby works for it". This is an age old myth about breastfeeding being hard work for babies and so Calma tries to make bottlefeeding hard work too. This may be true for the Calma bottle. Lactation consultants often talk about the baby transferring milk, but, in fact, it is actually the mother who transfers the milk to the baby and babies respond to milk flow. If the flow is good, the baby drinks. As for "mother´s breast staying the same throughout the entire breastfeeding duration as does Calma" - the mother´s breast doesn´t stay the same and neither does breastmilk. And what changes the most is the flow of milk from the breast which is never constant as it is when drinking from a bottle.

But the greatest problem of all with the study? The claim that the whole Calma marketing is based on: "an easy transition between breast and Calma and back". The study only "monitored" one breastfeed and one feed with Calma. That´s all. Just one. The study didn´t look at long-term effects of using Calma and "transitioning between breast and Calma and back". There was no "back" in the study. And the long term effects have not been studied. We don´t know what happened to the babies once they received the bottle and what happened when the bottle was used repeatedly.

Furthermore, the authors themselves say in the study that they only compared breastfeeding with the Calma bottle. They didn´t compare other bottles. So this study in fact doesn´t support the claim that Calma is better than other bottles.

Furthermore, "milk intake during the monitored feed was significantly higher from the breast than from the bottle". What does that tell us? Is the "behaviour the baby applies" really the same?

Incidentally, this study was funded by Medela and the authors declare no conflict of interest." 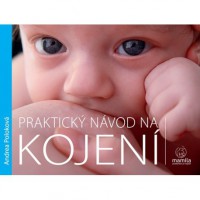